A fun roguelike inspired by Dungeons and Dragons 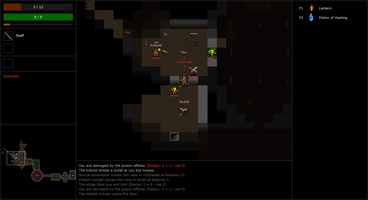 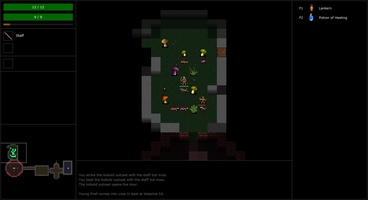 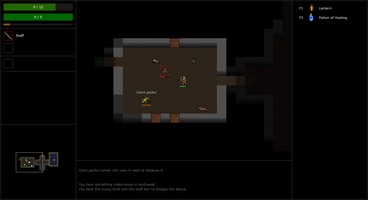 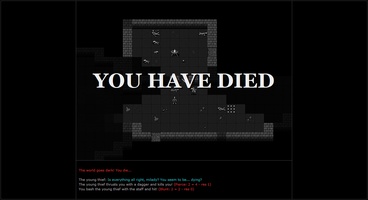 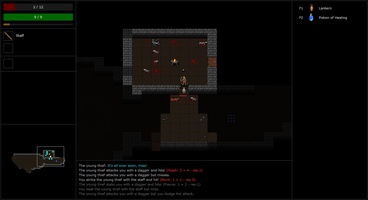 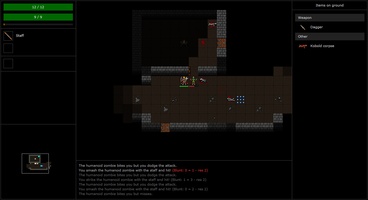 Advertisement
Zorbus is a traditional-style roguelike where you delve into the depths of a randomly-generated dungeon as you try to find a portal to the mythical world of Zorbus, a place where a simple mortal can transform into a deity.

Gameplay in Zorbus is typical for the genre. With a numerical keyboard, you can move your character freely around the dungeon, attacking by moving onto the same square as an enemy. From the options menu, you can see all the available commands and change them if you like.

Each time you start a new game, as in most roguelikes, the scenario is generated randomly. This way, you'll never play the same game twice. The dungeons in Zorbus are inhabited by creatures with artificial intelligence, which causes them to either run away, look for back up, or pursue you tirelessly, depending on the situation.

Zorbus is an excellent old-school roguelike with an elegant and clean look, gameplay inspired by D20 but with its own personality, and infinite dungeons to loot if only you can stay alive.
Reviewed by Andrés López Translated by Taryn

Why is this app published on Uptodown?
(More information)

There are opinions about Zorbus yet. Be the first! Comment

Tales of Maj'Eyal
Hundreds of deadly mazes await
Nethack
Can you get Yendor's amulet and escape alive?
Red Rogue
Descend into the depths of the dungeon
DoomRL
The Doom role game is real hell
DiabloRL
And you thought Diablo was difficult? Try this!
CastlevaniaRL
Castlevania goes roguelike
Unreal World
Role-playing and survival in Medieval Finland
Dungeon Crawl Stone Soup
A descent into the depths in search of the Orb of Zot